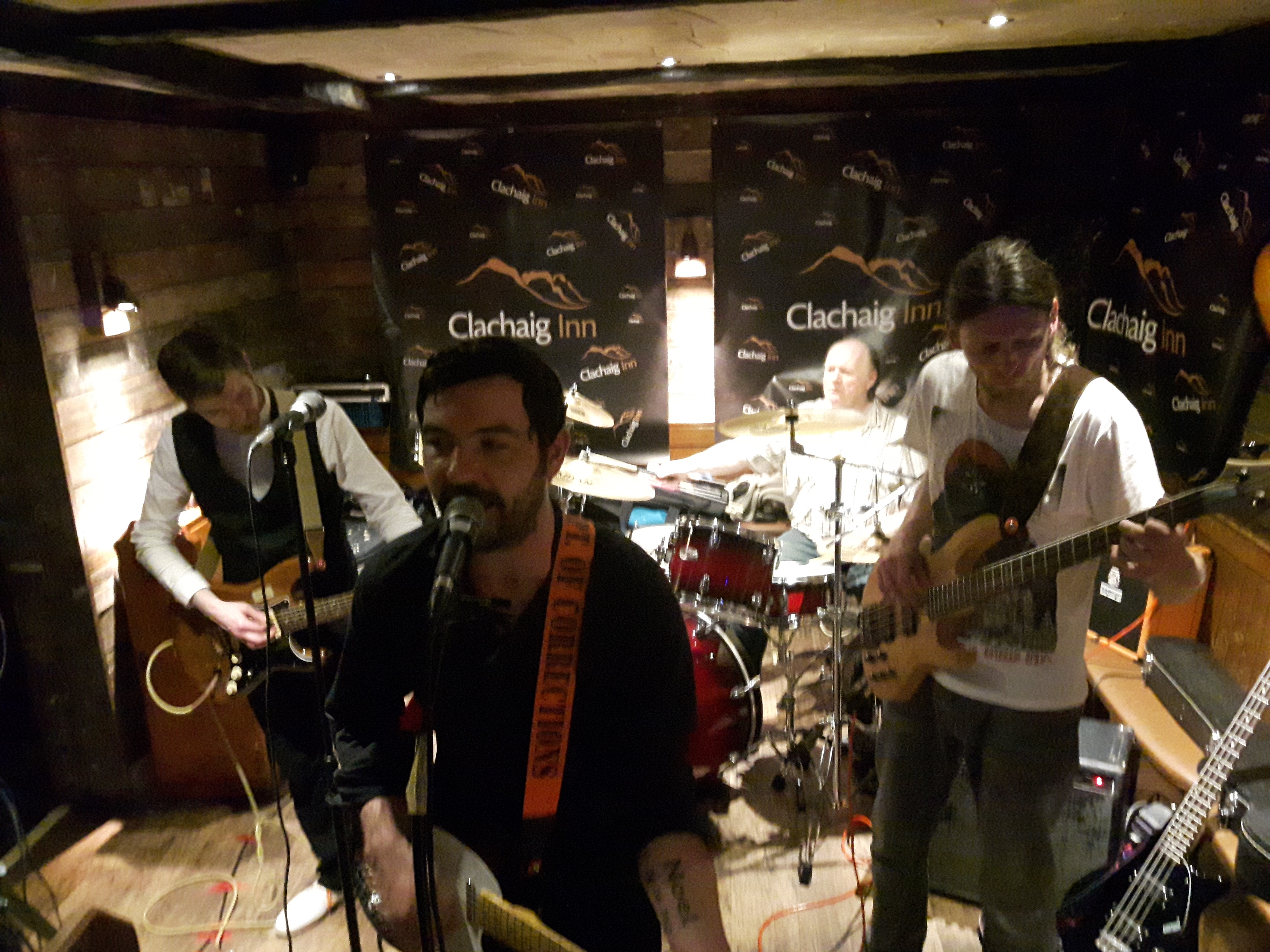 The Shine was formed by Jamie Donaghy and Paul Martin in 2006, in a caravan with 2 guitars and 8 cans of beer where they penned You Said – which went on to be a big hit in their home town of Kinlochleven in the Scottish Highlands, and over the years their music has earned them the nickname ‘The Highland Beatles’.

The band then became a 5 piece with Marc Comiskey on lead guitar.

Their biggest gigs to date have been WestFest-Strontian, where they performed on the main stage and went on to close the festival at the Strontian Hotel, and Rock the Fort in Fort William, again on the main stage, Downhill Downtown and a show case event at The Edinburgh Fringe 2012.  They play regularly in the Lochaber area and have recently been performimg in a wider area including Edinburgh and Inverness .

The band likes to do as much as they can for charity – they are annual performers and supporters of the Scottish Burnt Children’s Trust and the Kinlochleven Christmas Festival.  They have also done gigs for Cancer Research and Star For Harris.

In 2012 the band won the national WTN song writing competition for their song July Rain.

The band reformed in 2016 with Steve Livingston joining the band on the Bass Guitar.

Through 2019 and into 2020 we did think that the interest in Scottish distilled gins might ease a little. However,…